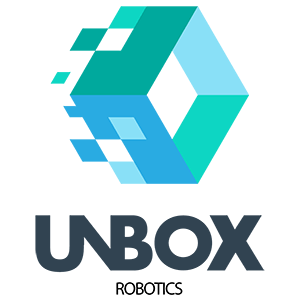 Identifying 5 Biases That Are An Impediment To ‘Thinking Clearly’

Lately, I’ve chosen to expand my reading list beyond just entrepreneurial guides. A new interest that was sparked in me ever since I read ‘Will Power Doesn’t Work’ is the diversity of human behaviour and the mechanisms behind it. The newest addition to my list is Rolf Dobelli’s ‘The Art of Thinking Clearly.’ In this very lucidly written book, the author has identified over a 100 different biases – factors that cause lapses in human judgement – which are an impediment to good decision making.

Of these, there were 5 biases that I paid special attention to – because I come across them frequently. Wherever possible, I have also mentioned techniques I have used to mitigate them. I hope this brief guide, inspired by Rolf’s book, proves useful in anyone’s journey towards changing a mindset.

This is a common error we make when we dwell and linger over emotional and physical investments we’ve made into a situation in the past. It is a flaw that holds us back from making a rational decision regarding the situation in question. One way I fight this bias is by reminding myself to remain in the now, while still envisioning a brighter future. It helps me eliminate factors that don’t contribute to my vision, irrespective of the sunk costs that I’ve borne earlier. Another element that insulates me from this is a feeling of gratitude. It allows me to move forward by focussing on the positives under challenging conditions.

Rolf often alludes to his associate and fellow writer, Nassim Nicholas Taleb’s works, as they are fairly interconnected. As described in Taleb’s book of the same title, a ‘Black Swan’ is an improbable, unpredictable event that has a very large positive or negative impact on our goals or projects. This possibility of a ‘spanner in the works’ should not hold us back because it’s beyond our control. We should follow the plans we’ve made for ourselves, regardless of how outside events impact them. I often find this stability by telling myself to ‘stick to the script’.

The term, House-Money, coined by economist Richard Thaler, refers to assets that we haven’t earned through work, but have fallen into our hands by inheritance or a frivolous stroke of good luck. The author rightfully observes that we often treat this money whimsically, and not with the same care as we put into an honestly drawn income. The key to not falling prey to this bias is to stop treating House-Money as an unexpected benefit. When I regard it as income, I try to incorporate it into my regular financial planning that may benefit me in the longer run.

While we’ve all experienced an unwillingness to do a task, it helps to remind ourselves that procrastination is not a habit, but a fear. It’s an anxiety that makes us hesitate to start. It usually emerges from an unrealistic pursuit of perfection. It’s the primary reason new year resolutions don’t work. It seems counter-intuitive to think that wanting to perform to our best abilities is what makes us not perform at all. But once I became conscious of this thought, it made it easier for me to complete the tasks ahead of me. A tangible manifestation of the fight against procrastination is to make a ‘to-do’ list – both for short term goals and long-term goals. Another sure shot strategy I’ve learnt from my mentor Dan Sullivan is to aim for achieving 80% at first, and then strive for the rest.

Neomania (the bias towards the new)

A lot of our discourse about a more hopeful future is based around ‘embracing the new’. There is a certain urgency in our current environment to adopt anything that’s shiny and fresh. But I find it intriguing and relatable that the author here nudges us to be wary of new things until they’re time-tested. A very accurate example of this is the ‘Bitcoin’ sweep that became the rage for a few hot minutes until everyone started to discover the fallacies in it as a secure investment method.

‘The Art of Thinking’ has consolidated my belief that the best way to live life is to be anchored in the present. It helps me remain insulated from many of the biases listed out in the book. This constancy and balance also help me look towards the future with optimism rather than cynicism.

If you’ve come across any book that throws some light on the mechanism behind human thinking, similar to Rolf’s work, do let me know in the comments below.